On her first day attending the all-girls Nanamori Middle School in Takaoka, Toyama Akaza Akari oversleeps, to be awakened by her one-year-senior childhood friends: the level-headed Funami Yui and the often self-centered Toshinou Kyouko. Planning on exciting club activities at school, Akari joins the club her older friends have set up. But as it turns out Kyouko and Yui simply took over the former room of the now defunct tea ceremony club for their own Amusement Club. In regard to what the club does, Kyouko explains: “We just hang out and do whatever we want!” This is not exactly what the helpful and energetic Akari had hoped for. Surprisingly a few days later Yoshikawa Chinatsu joins the club even though she mistook it for the former tea ceremony club. And so the four fun-loving girls could enjoy spending their spare time at the club were it not for the student council, in person of vice president Sugiura Ayano, who does her very best to shut down this unauthorized club.

The second season of Yuru Yuri. 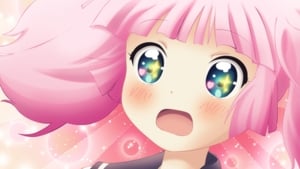