Kashou Minaduki is an aspiring chef who moves away from home to open his own confection shop. While he is unpacking in his new shop, he discovers that two of his family’s Nekos, Chocola and Vanilla, came along with him by hiding in cardboard boxes. After the two Nekos convince Kashou to let them stay and live with him, the three of them work together to run his shop, La Soleil. During the story, Kashou receives a couple of visits from his younger sister Shigure and the other four Nekos owned by their family.

Neko Works announced at Comiket 95 a new TV anime series based on the Nekopara visual novels. 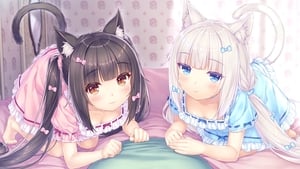 Madan no Ou to Vanadis