A desolate land stretches out from the city of poverty. A motorcycle speeds recklessly, blowing clouds of sand and dust. The rider is the protagonist of this story – he has neither a name nor a past. All he has is his ring name, “Junk Dog” and a technique for rigging MEGALOBOX matches with his pal Gansaku Nanbu, which they use to support their hand-to-mouth lives. JD is bored, resigned, and unfulfilled. Yuri has been the reigning champion of MEGALOBOX for the past few years. He has the skills and presence of a true champion. This is a story of JD and his rival, Yuri.

Megalo Box is an advanced form of boxing where competitors wear metal frames called Gear. When the first ever Megalonia tournament took place, “Gearless” Joe became its champion and known to all as a legendary fighter. However, soon after, he lost an exhibition match against the second champion and vanished from the public eye. Seven years later, Joe now goes by “Nomad” and keeps a low profile, occasionally fighting in a few underground matches to get by. He is haunted by hallucinations and relies on a set of painkillers to numb his mind. During a match, Joe wins against an opponent, Chief, who purposefully loses for some extra cash from gamblers. Subsequently, Joe discovers that Chief is from a community of immigrants called the Casa. Chief is gradually trying to make enough money to purchase the land where they live illegally. At first, Joe hesitates to get involved, but eventually decides to lend the Casa a helping hand. 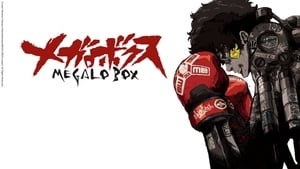