Mima Kirigoe, a member of a pop-idol group called “CHAM!”, decides to quit singing to pursue a career as an actress. Some of her fans are displeased with this decision though, particularly a stalker named Me-Mania. As Mima progresses into her new career, those close to her are violently murdered one by one, and Mima begins to lose the ability to distinguish reality from fantasy. 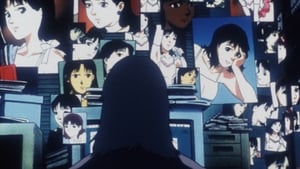